Darlings, I know that there is nothing in the world that you want more at this moment than pictures of the young Z, is there.  Is there?  Oh.  Well, you’re getting them anyway.

As I said, I’m doing some turning out of my mother’s things and I was awfully pleased to come across her Christmas crib – she and my father bought it in Woolworth’s in 1947, the year they were married, when just about everything was in short supply or rationed and they didn’t have much money anyway.  No doubt, you will be shown it in six months’ time.  There was also the fairy for the tree, who isn’t very pretty, to be honest, and the last of the bird tree decorations that I loved so much as a child.  I didn’t know that she had kept one.

I also found several packs of photos.  Also, in a walnut box with some odds and ends I was surprised to find a lock of my hair.  I vaguely remember promising to bring it back from the hairdresser’s when I finally had my long hair cut, which I think was sometime in my late 20s.

Anyway, I have made you wait quite long enough, and here goes… 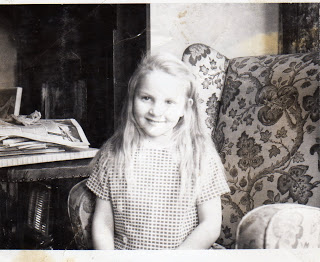 This is certainly me, but I don’t recognise the background or the dress and it isn’t a typical photo – I’m usually looking shy and winsome or else wild-haired and tomboyish in childhood pictures. 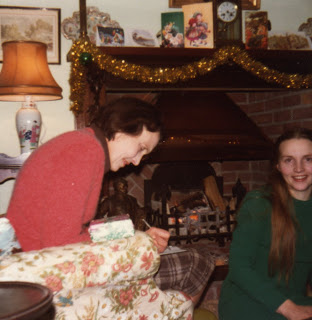 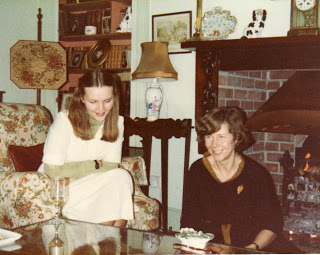 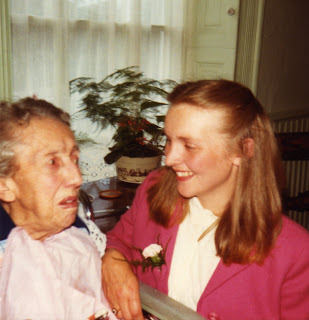 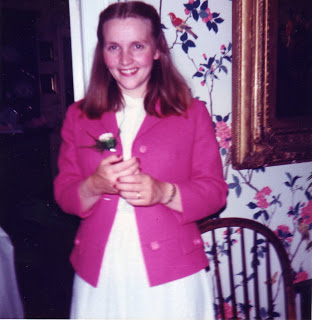 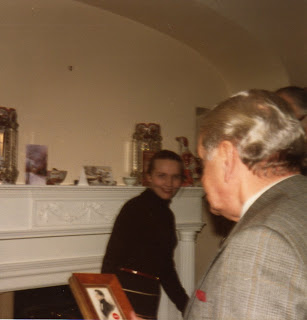 These are all of me in my twenties.  The first is me and my mother, at her house – not the house I grew up in, she and my stepfather moved house in the late 1970s.  It was before The Haircut.  The second was taken in 1981, when Joepie, our childhood au pair visited.  In the third, I’m with Miss Fitt (sadly, her real name).  She died in 1984 at the age of 101 and this was her 100th birthday party, so it must have been June 1983.  The next time is the same party, although the colour of my jacket is quite different – the truth is probably somewhere in between.  The last of these pictures was taken in our lovely Edwardian house in Lowestoft and my stepfather, Wilf, is in the foreground. 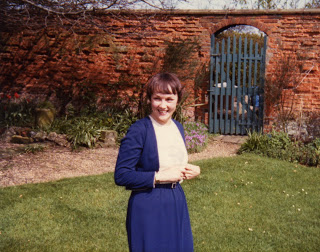 That’s all of me, but this picture of Wink is so lovely that I want to show it to you.  Isn’t she pretty?  That’s during the same visit made by Joepie (Dutch, short for Johanna, pronounced Yoopi). 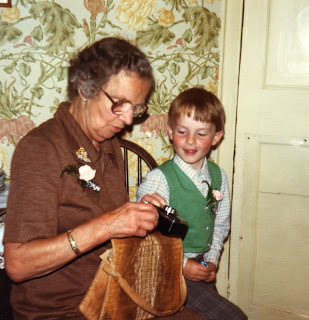 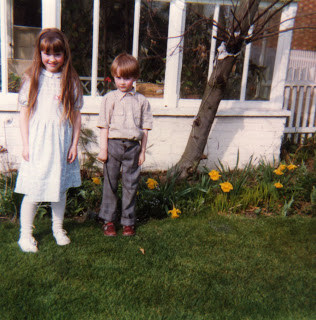 Finally, Al with the Sage’s Ma at Miss Fitt’s birthday and Weeza and Al in 1981.  They must have been 7 and 5 at the time.  Sorry about the mark on Al’s face, I didn’t notice before I scanned the pic and I can’t be arsed to do it again.  Sentiment can only go so far.  Sheesh. 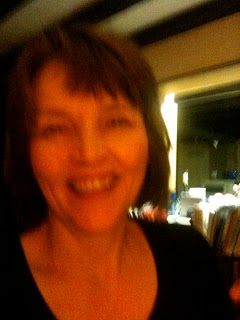 It just occurred to me that you might like the most recent photo of me, for comparison.  So here it is.