I had a sudden flash of memory, sometime during the day.  My parents used to hold parties quite regularly, which were always terrific.  My mother had a number of specialties and was always on the lookout for new ideas too.

The specific memory was of the day before the party – a number of her girlfriends turned up and they got on with preparations – putting out cutlery, preparing vegetables and salad, polishing glasses, making sauces (though for the most part, the cooking was firmly her territory) and she provided a sumptuous, though casual lunch and there was much chat and laughter.  It was known as ‘the party to get ready for the party.’

I was always given jobs to do from an early age, but by the time I was in my teens, my job was firmly to deal with puddings and desserts.  Gateaux were my thing, quite possibly because it was a niche that wasn’t already filled.  Lemon syllabub, sorbet, trifle, were about as much effort as she could muster.  The main course was another matter.

For a cold meal, she’d make a French raised pie.   This contained chicken, hard boiled egg, various other meats – I’m not sure, possibly ham, veal; certainly not beef.  She also made hand-raised pork pies.  Here are a couple of pictures of the French raised pie and its mould – I have copied the second one from a blog called flower pot kitchen, and hope the owner doesn’t mind.  It looks fabulous, just like my mum used to make.  The first is the mould, which was in three parts held together with split pins,  She had two of them but, after she died, I found them covered with rust and unusable and, reluctantly, I threw them away.  Hers was more waisted than this one, but very similar otherwise. 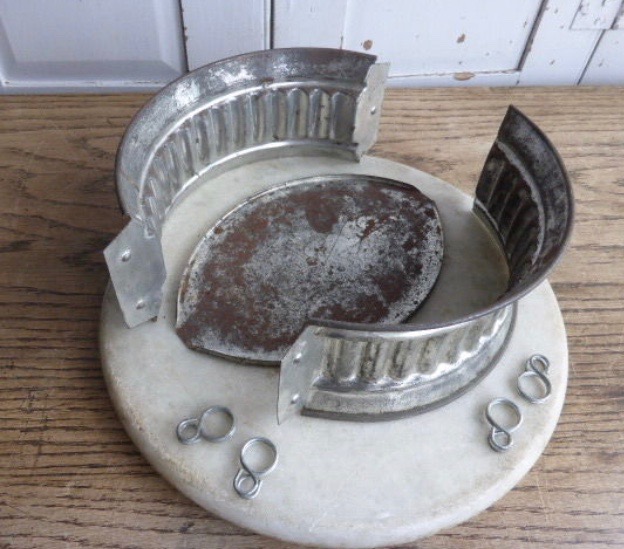 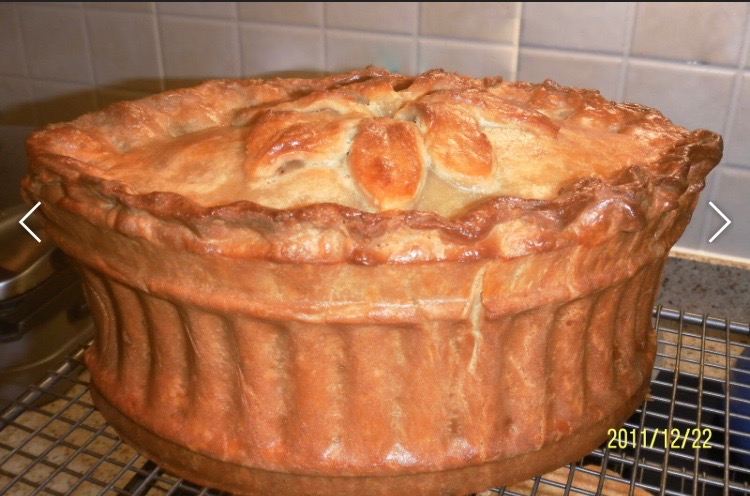 I never learned to make them, I think they required so much concentration that she didn’t want anyone in the kitchen watching her.  And I am fairly sure that now I never will.

Since BW has already guessed and I’ve mentioned it here before, here is the new house sign.  I’d ordered Ro’s birthday present and half of it had arrived, along with another package.  I assumed it was the second half, but was puzzled, especially when I unwrapped it and found yards, literally, of bubble wrap.  I just kept unwinding it.  There was only a layer or two left when I twigged – and LT put it in place today.  It’s granite with the name of the house etched in.