So, I’ll take you through the life cycle of the ladybird, because that’s the sort of thing that enthuses me, as well as a number of other things.

When Dilly and I went into the garden with the children, we showed Squiffany and Pugsley the ladybird larvae and pupae on the nettles and other weeds that I really wanted to have cut down by now, but can’t until they’ve all finished their metamorphoses (plural, darlings).

I took some photos of them in their adult, larval and pupal forms, also some of the greenfly that they feed on. 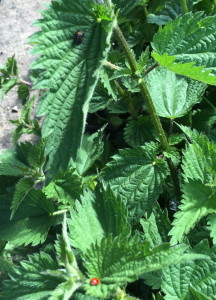 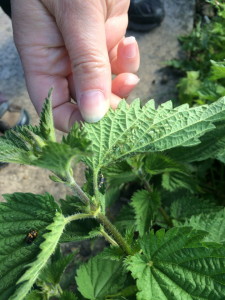 But later, when I was in the greenhouse helping to mend the windows, I spotted (hello, darlings, do notice the pun) a newly-hatched ladybird.

Though the thing is – and this is the sort of matter I find terribly interesting, though I may well be in a minority here  – a newly hatched ladybird has no spots and is yellow rather than red.  I realised that years ago, but the ones I noticed then were vivid buttercup yellow and later formed many spots, whereas the one I saw the other day was paler.  But here are the photos, darling. 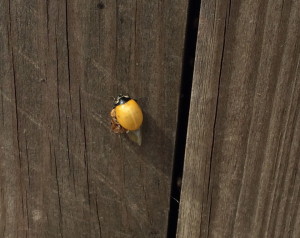 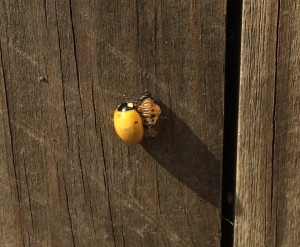 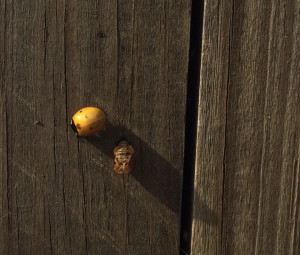 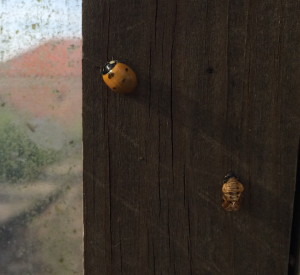 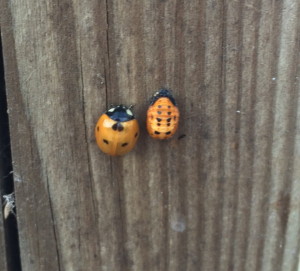 All the same wee creature, pictured over two or three hours.  When I went out to look again later, the chrysalis had dropped off and the ladybird had moved away and had flown off by the next morning.  I’m sure it was bright red by then.  This all made me tremendously happy.