Just as a taster, and as an indication of how badly a new name plate is needed, here’s what the present one looks like – 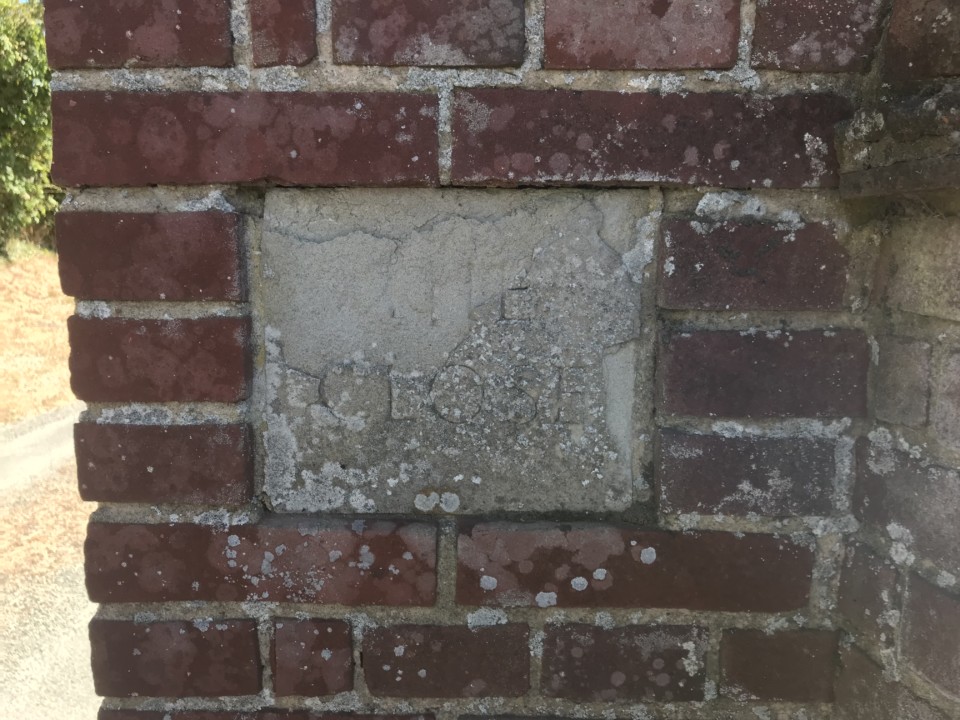 I have to admit that no one notices it.  And this will be the new one, which should just fit nicely into the area with a small space around – it’s 20x25cm but we’ve ordered it slightly smaller as that size would be a bit tight. I had to crop the screenshot as there were bright orange bricks around it, which clearly wouldn’t look right. 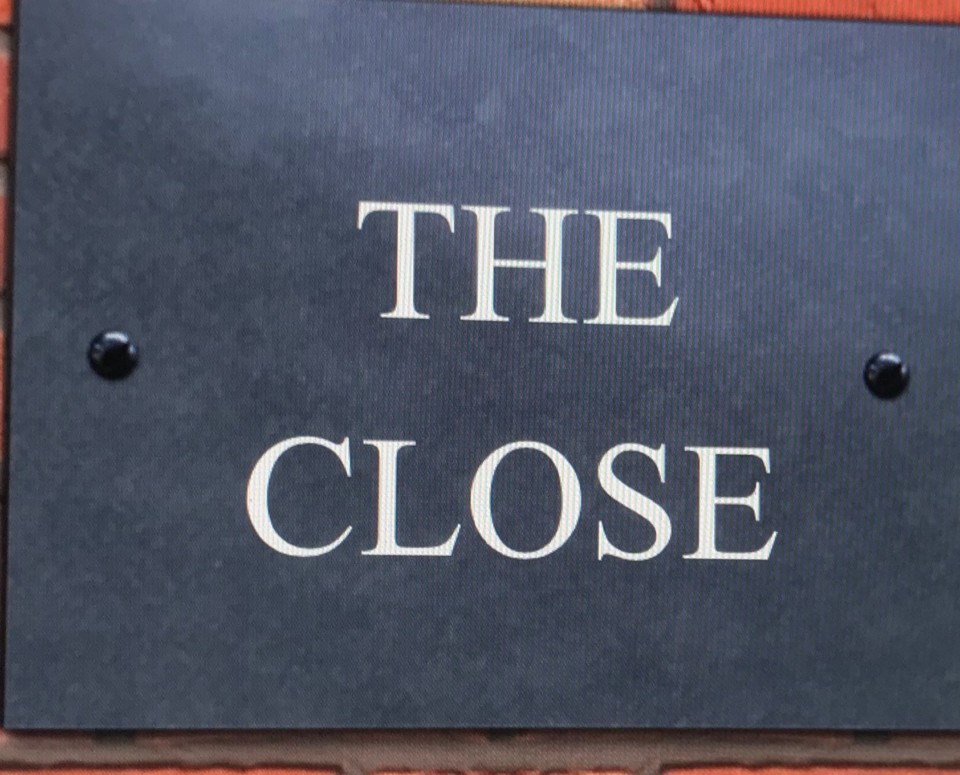 We will not go unnoticed any more – there will still be the question, once someone gets down the drive, whether to go to Rose or us but the implication of ‘Cottage’ will surely send most people to the right house. Anyway, once it arrives and assuming we are happy with it, another picture will go up.

This week, we’ve mostly been eating eggs and vegetables, especially courgettes, or zucchini if you’re of the Italian or US persuasion. Last year, I wanted two plants, sowed two seeds, only one came up, I sowed two more and neither came up and the plant that survived didn’t do very well. So this year I sowed three seeds, all sprouted and flourished and we’re getting two or three courgettes a day. *Sigh* – I sometimes put them in the food processor, chop them up and feed them to the chickens, who are very appreciative. Tonight, I just roasted some courgettes, an onion, some red and yellow pepper and garlic, with thyme, coriander seed, cardamom seed, salt, pepper and olive oil. At the end, I cracked a few eggs on top and grated a bit of cheese. Surprisingly, as there was quite a lot of food, we ate it all. So another free meal, pretty well. I’d bought the peppers at the market last week, thinking I’d roast them for the barbecue, but I didn’t. They’re absurdly cheap, about five, depending on size, for £1 and they’re fresh and good quality. The chickens lay rather more eggs than we can sometimes eat – which reminds me, the eggs I pickled a few weeks ago must be ready to eat. If we like them, our glut problems are over! I also found a recipe for courgette chutney, which was rather vague in several respects but we feel is a goer, so that might deal with another excess.  The cucumber plants haven’t fruited yet but are covered with flowers, so that’ll be the next glut.  But I’m not sure that the concept of ‘too many cucumbers’ exists.