Some highly magnified and, therefore, nvg photos – but I found the situations interesting and entertaining, so please forgive their quality.

The first two were from Scotland. We were staying in a modern hotel some 15 miles from Glasgow, with a golf club, health spa and all the usual malarkey attached. The staff were delightful – I must tell you about Tracy, whom I kissed – remind me if I forget in the next few days.

One evening, we heard a lot of noise from some birds, clearly an alarm call. We saw a pair of oyster catchers chase away a crow. The next night, the parent birds were out foraging for food for their babies who, presumably, had left the next the previous evening and were in need of protection. It was very entertaining to watch – the parents seemed to find plenty of worms on the golf course, and they flew up to the ridge of the roof where the three babies were waiting, who then legged it enthusiastically to their parents to be fed. 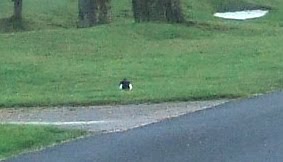 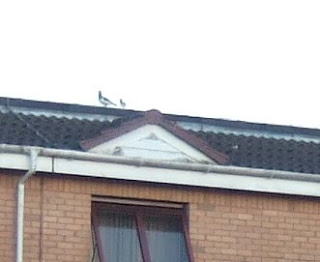 Today, I saw a French partridge (this is the breed, not the nationality, I expect it was born here) on the garage roof. It stood watching the world go by for a few minutes, so I took this snap – this is the same picture in each case, but cut down and therefore enlarged in the second version.

What amused me was its descent to the ground. Clearly unconfident of its taking-off ability from a roof, it carefully sidled down the ridge towards the gutter and then hopped off, using its wings for balance. It looked as awkward as I would have in the circumstances. 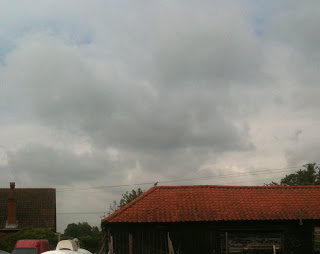 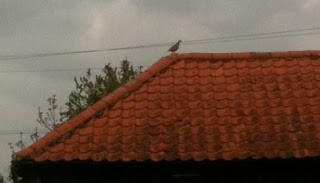 I only discovered a few nights ago that Mike, whom you probably all know as Troubled Diva has been, this month, doing his “which decade is tops for pops?” poll here on Freaky Trigger. Now, he put me on to this excellent site some time ago, but what with going away and all, I’ve fallen way behind in my reading and it was only by skimming through before a hasty delete that I found it. Actually, watching and listening to several sessions of chart top-tenners from 50 years has left me more than a little jaded, being done over two nights as it was, but I enjoyed it vastly, as ever. I am probably Mike’s most ignorant fan and one of his oldest, but I am unperturbed by that. And I’m immensely grateful to him for introducing me to Shearwater’s album “Rook”, which is entirely divine (particularly if you’re expecting a falsetto countertenor very high voice, which I wasn’t). When I enthused to Ro (this is going back a couple or more years) he kindly told me all about it and said he thought I’d like it because of my fondness for Okkervil River – so why didn’t the child tell me himself?

In other news, Al has bought a new (second hand) shop counter. I haven’t seen it yet, but it sounds splendid. What? Not interested? Oh. Sometimes, I don’t understand people at all.