Regarding my Lowestoft sauceboat, Blue Witch asked about the history of stands for such items, evidently under the erroneous impression that I might have some knowledge on the subject.  I have got some books on social history – notably by the wonderful Liza Picard, who wrote several books, after she’d retired as (I think) a solicitor, on the social history of London.  She had a second retirement at the age of 80, after she’d written her final book about the Victorians and if you’re interested in this sort of subject, I warmly recommend them.  Anyway, I could possibly look up more on the subject there, because I know that she talks about the period when meals were served rather in the way we would recognise, instead of several courses, each of rather a lot of apparently random dishes, as they had for the previous few hundred years.  And maybe that holds some sort of key to the matter of gravy boats: that is, I wonder if they used them?  So my sauce boat, that I used for redcurrant jelly, might have had just that as its original function, rather than a dish of gravy to pour over slices of meat.  I’m guessing here, I really don’t know.

None of the Lowestoft, or other sauceboats I’ve seen of the period, had stands, yet they were made for other items on occasion.  For example, one Lowestoft shape was circular (the early ones) or oval china baskets with pierced sides. 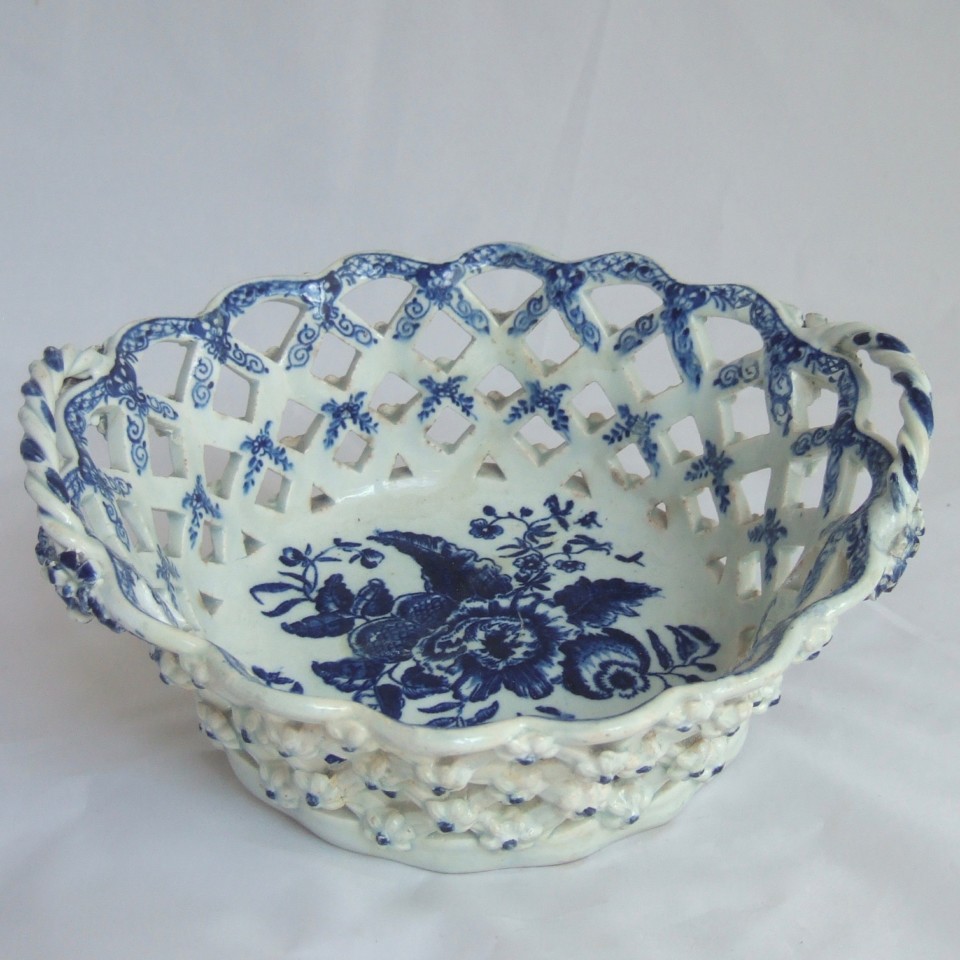 It isn’t unusual to have one in most of our auctions and this one was in October’s sale.  I’ve never seen one with a stand, but they do exist.  Blue Witch wondered if it was a matter of fashion and I suspect it was, because they were made quite late on, from around 1780 – that is, I haven’t found a reference yet to an earlier one.  A few items were made in three pieces, butter dish, cover and stand; also cress dish, cover and stand; tureen, cover and stand, and teapot, which obviously had a cover and occasionally had a stand, whether circular or, if it was late in the factory’s life, lozenge (diamond) shaped.  There are probably others too – I saw (and bid for, unsuccessfully) a wonderful little square tray, just a few inches across, at Bonham’s back in the spring, and they made spoon trays too, so small flat dishes with raised sides and possibly handles were not common but certainly were made. Some of these were made early on – I’ve seen a tureen stand dating from the fairly early 1760s – but the factory certainly followed London trends and I think the fashions were becoming more elaborate towards the end of the century.

The sauceboat I showed you would not have had a stand, I’m quite sure, because of its base.  Here’s another picture of it. 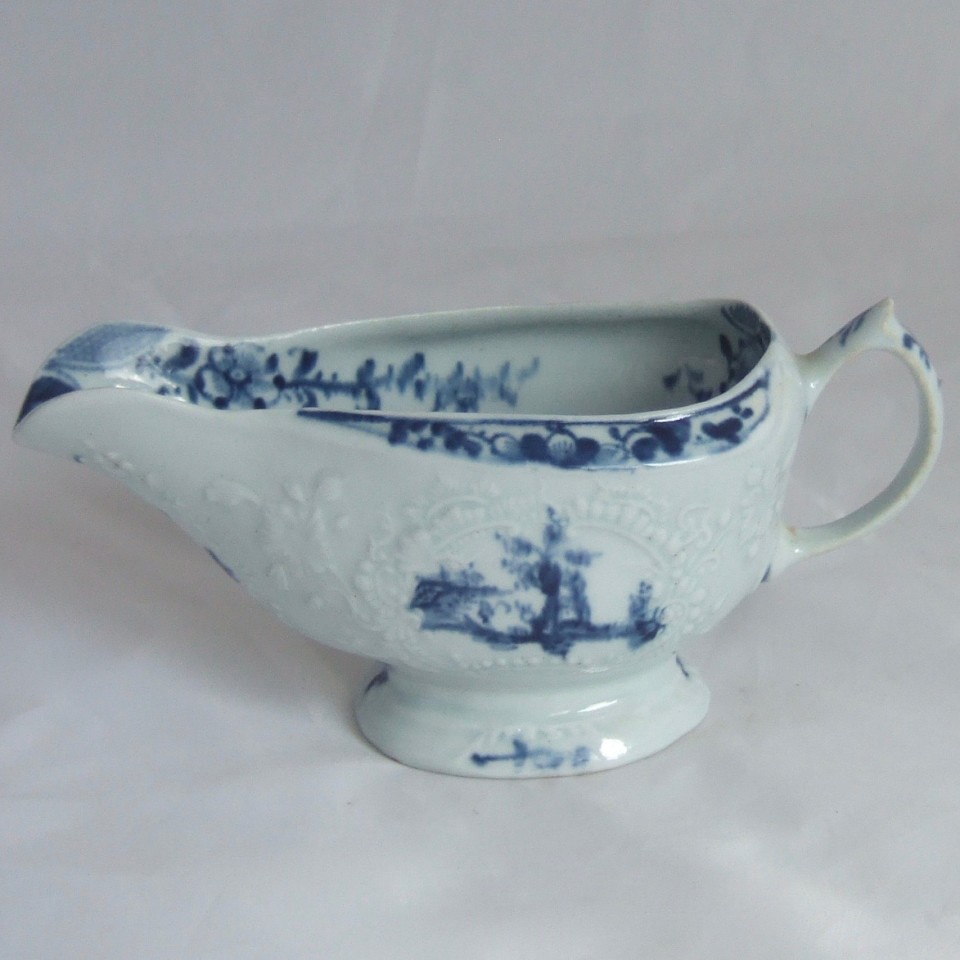 You can see that the base is part of the attractiveness of the shape and that putting it on a stand would detract from that and also make it more wobbly – easier to carry it by its handle that have it unsteady on a stand.

The basket in the first picture, by the way, has hand-painted decoration on the sides but the central spray is transfer-printed.  The sauceboat, as you can see, is relief-moulded, then the two sides were put together and the base and handle applied, then it was fired again to make it a single piece before being decorated and glazed.  Oh, and you can see the lovely bluey warmth of the glaze compared to the flatter white china of the later piece.  Hugely tactile – I want to pick up and hold early pieces because I find them physically attractive and very strokable.

7 comments on “Z takes a stand – and possibly falls down”