I put on the local radio station this morning and lay in bed listening to the list of schools in Norfolk that were closed.  It was a long one and included the High School and Squiffany and Pugsley’s new school, though Zerlina’s school and the village one here were both open.  Elle was amused to email her dad and tell him that English schools close when there’s a few centimetres of snow – I’d explained to her that it’s the buses that don’t run, very often and also that it’s quite a problem when it starts snowing during the day, as happened yesterday.  I’m entirely relaxed about it, I think that it’s a poor thing if children can’t spend a day playing in snow once in a while.  There’s little enough carefree childhood nowadays.

The chickens huddled together but they were fine.  The snow even made the tennis court netting look pretty. 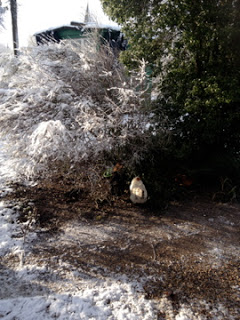 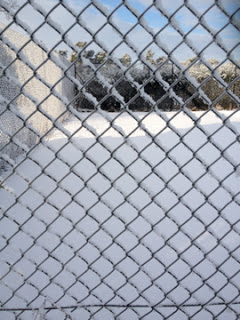 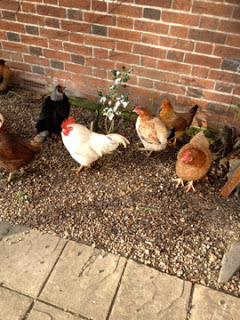 We went for a walk across the fields later and it was lovely.  A clear sky was reflected in the snow, which was wonderfully blue and white and the air was cold but the sun shone warmly – you could feel the chill when you moved into the shade.  I’d tried building a snowman but the snow was too powdery, I couldn’t even made a snowball. 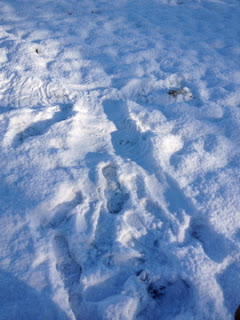 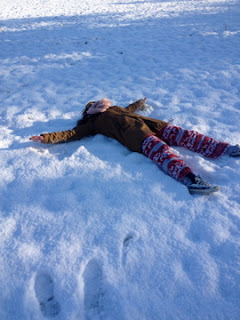 We could make snow angels though.

It was the Classic Car Club Christmas dinner – that’s last Christmas, I’m not presuming on this year’s.  They always leave it until halfway through January, by which time everyone is up for a party again.  Quite a lot of people cried off in view of the weather and there were 33 of us, about half the usual and, since it’s a carvery, actually this worked rather well as it took half the time for the food to be served.  Since the Sage is a member not me and I don’t know many people and those superficially, I hadn’t had high expectations, but actually I really enjoyed the evening.  The starting time was brought forward half an hour because fog was forecast, so we were home by 9.30.  There’s no trace of fog yet though, but it’s very cold.

260 Norfolk schools closed, it’s just been announced on the news.  Pictures of happy children tobogganing, just as they should do.