Zerlina wanted me to take her photo, but getting her and Gus together, both smiling and no one sticking their tongue out was not as simple as it sounded. I managed it in the end. Then she wanted to take photos on my phone. That was nerve-wracking, I can tell you, the thought of her dropping my phone from a moving train…she didn’t, though. Having just uploaded them to my computer, I’ve discovered she took nearly 100 photos, most of them of the track and of the shrubs alongside, one of my rear end, a selfie – I’ve put up several on Facebook, but it takes ages to upload photos here, so I’ve given up for the night. 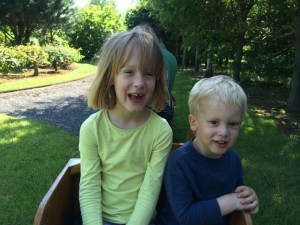 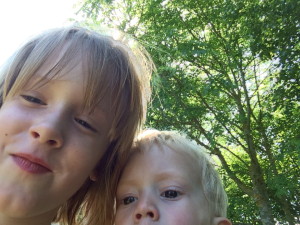 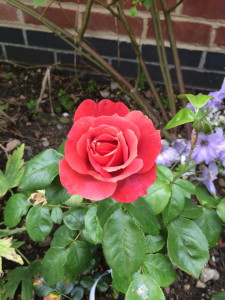 If you remember, I bought a rose called ‘Hot Chocolate’ in Cambridge a few weeks ago and it has a single beautiful flower on it now.

The grass down the drive was cut last week and I raked it up and put some in the chicken run.  They had a great time scratching around in it.  Edweena also loves hay and likes to burrow down in it to sleep.  She has a big piece of bark, large enough to use as a refuge, in the cold frame that we use as her shelter, but there’s another area that she likes too, so I’ve put a glazed window, propped at an angle, to keep her warm and dry, and that’s where she has a hay bed.

Hadrian came over for the morning whilst his mother was teaching – we watched the tractor load up the big bales of hay from the front field, went for a walk down to the local store, which sells all sorts of stuff, electrical, building materials, wood, hardware, gardening stuff, pet food and accessories and even tropical fish and small pets – there was a single lop-eared rabbit and a few guinea pigs today, so they’ve evidently had a busy weekend.  They’re always beautifully looked after and never there for more than a few days before they find new homes.  The going rate for a pet rabbit is £25 now, it seems, which quite startled me.

Ah – some of the pictures have uploaded after all.  Here you are – 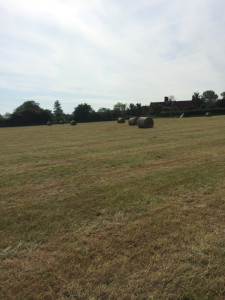 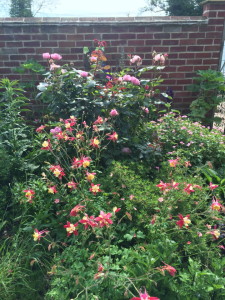 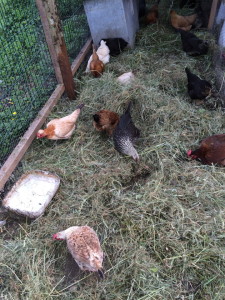 2 comments on “Z has a phoneful of pictures”