On the Wednesday, we decided to drive east. It was a fine day, although rain had been forecast, so we wanted to make the most of it. We drove to the imposingly-named Vila Real de Santo Antonio and went to have coffee while waiting for the ferry. Boating is, not surprisingly, a popular pastime. 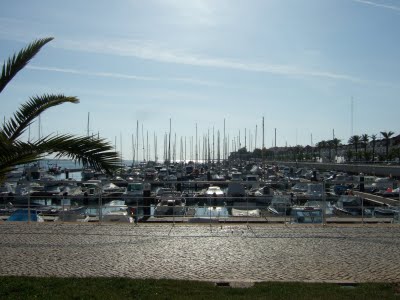 Afterwards, we went to buy our tickets and found that Bod had misread the sign and we had missed the ferry so we had a while still to wait. He and Wink went for a walk while I rested and watched the fish by the river bank and the *fish-eating bird* (meant to check what it was, I’m a bit ignorant) that was diving out in the open water. I chatted with a pleasant couple from Nottingham. 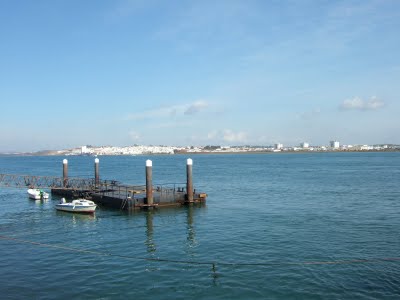 The weather was still fine and we sat on the upper deck for the 20-minute trip across the river to Ayamonte. The modern road bridge was slightly upriver, but who’d drive when you could float? 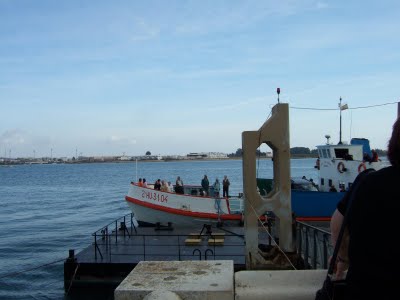 The dock wasn’t all that interesting. The Bod was amused to notice that the information sign was blank on the side you could safely see it and all the writing was on the side facing the road, where a car couldn’t stop and it would be dangerous to stand. 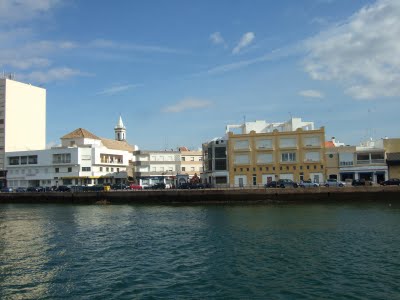 We walked past one square 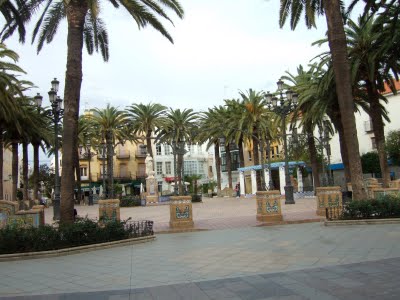 to the main square

where we had lunch. 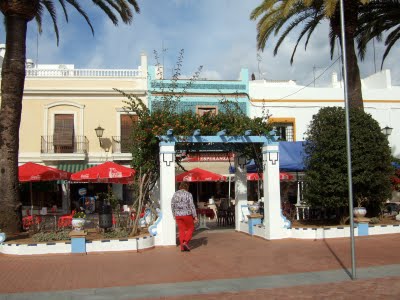 I had paella. The sun was almost, but not quite, too hot for me. I usually choose to sit in the shade, but I was enjoying the heat.

We didn’t stay long after lunch as it was clouding over, but walked to look at the little marina. 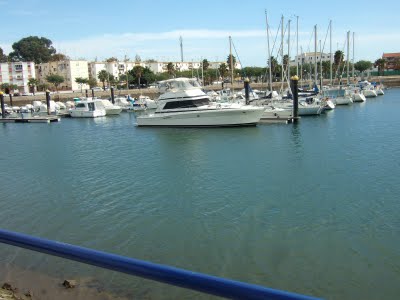 On the way back, the upper decks were closed because of the increasing wind, though the waves weren’t enough to disturb. 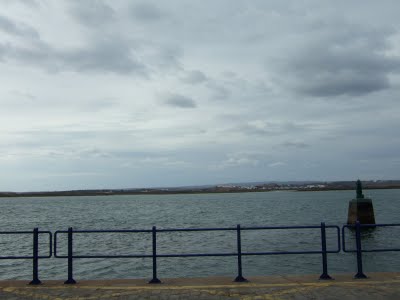 We got back in the car and within five minutes it started to rain. This was only the second rainfall that had been seen in the Algarve for months, the first having been the week before we arrived.