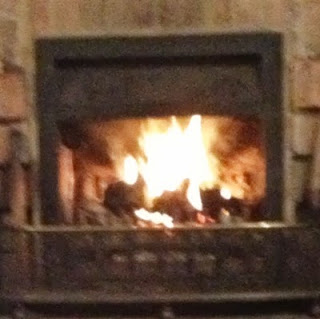 Well, we’ve been beaten.  But at least we’re warm tonight.  The may is out, but I’m adding clouts, not casting them.

The Sage was in London today.  I had a long discussion with the Head this morning.  Several matters to consider.  I’ve spent most of the rest of the day doing not much as a consequence, letting things settle.  And this is quite a good sign, that I was able to relax and let my thoughts flow without conscious intervention.  Not that I did so at once, it took a spell of sitting by the Aga munching Twiglets – I should add that I ate pineapple later, to perfect the meal – to get things straight – I’m sorry to be cryptic, but there are several irons going into fires and some may be quietly removed, but others probably won’t be.  All good in the long run, but I’ve unanswered questions at present.

Still, better than not having enough to do, innit?  Seriously, I’d hate to do nothing but think of the housework, the next supper party or dabbling in watercolours, and I used to know a number of women bored out of their skulls doing just that, in the days when many of them didn’t go out to work and use their brains – fine for me in twenty years’ time, but not yet.  Not that you have to go *out* to work, but you have to be challenged and feel a sense of achievement.

Anyway, after my Twiglet/pineapple lunch, I took Ben out for a good run and enjoyed the quiet.  Just birdsong, for the most part.  I said to the Sage on Monday, when we were on our way back from Lowestoft, how I love this time of year, when the leaves are still young and fresh and you really notice the different shades of green.  And there’s birdsong all day long, and parent birds taking beakfuls of grubs back to the nest.  It’s a joyous time, apart from it being bloody cold this year.

Trout and asparagus for supper.  It’ll be a short asparagus season this year, the growers stop cutting on the longest day, because they need to give time for the crowns to build up strength.  So, if it’s expensive, bear in mind that they only have a few weeks to make money when the plants are in the ground all year, and that it’s cut by hand, painstakingly.  If we aren’t willing to pay, they’ll grub it up and grow sugarbeet instead.  If you’d buy a magazine or a cup of coffee, invest the money in asparagus for the next five weeks.