Well, I gave it a bit of thought yesterday evening and asked the Sage if he’d mind if we offered to look after the dog until Andy is better.  He agreed at once, and this morning I had a text from Gill to say that she’s broken her fibula, so I replied at once suggesting that we have Ben for the duration and she was relieved to agree. 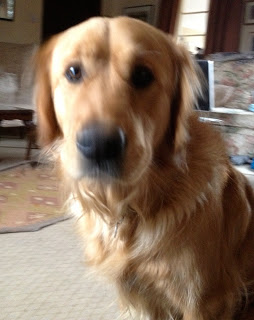 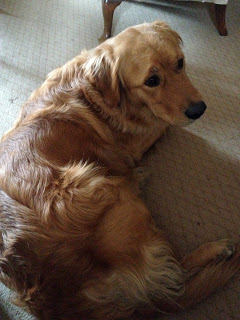 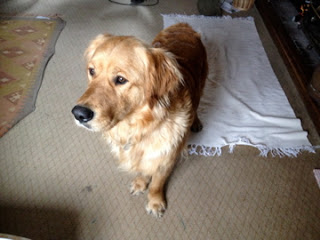 And here he is.  Yes, the bit of mud on the carpet is from his paw.

It’ll be for a couple of months and yes, before you say anything, we may end up with him.  I know that Gill finds him far too much, but they got him for Andy so it’ll be up to him.  So for now, we’re looking after him and will do so for as long as needed.

He looks very like Chester actually.  A bit heavier-built and not quite so red – Chester was an Irish setter/bearded collie cross and was more orange than copper-coloured.  I’m making it clear that I’m pack leader and he’s really being very good (although he just peed on the rug, not having asked to go out).  He’ll need a fair bit of exercise, I can see that I’m going to get fit whether I want to or not.