I’ve been amusing myself posting short videos on Facebook of me using my aids to get dressed, to slightly bemused hilarity.  I can get about much more easily now, usually using only one stick and I can pick things up from the ground if they’re small enough only to need one hand and little effort.  The technique is to stick the operated leg out backwards so that, when you bend, you still have sufficient angle.  I still need to hold something though, don’t quite trust my balance.

Today, I’ve been making paneer for the first time – the simple Indian curd cheese.  I had a lot of milk in the house – the milkman delivers a pint twice a week, but there were three and more than a half pints and they needed using up.  I decided to make a batch of paneer and some yoghurt.

The recipe said a litre and a half of milk and the juice of a lemon.  It’s very simple – you bring the milk to the boil, add the lemon juice, stirring, then remove it from the heat, leave it for ten minutes, strain it through muslin, rinse, then squeeze out the remaining liquid.  Then twist the muslin round the cheese, weight it down and leave it, still in the sieve, for an hour and a half to firm up.  I thought it would make rather a lot, so halved the quantity, then realised I’d got a “large half” of a lemon and put in another slosh of milk.  It worked perfectly but there were not that many curds and an awful lot of whey and I wasn’t sure there would be enough for our saag paneer tonight (having made the yoghurt out of some of the rest of the milk.  So I made another batch with most of the final pint of milk, just keeping a little back for LT’s morning tea (he drinks afternoon tea without milk).  And this time, it didn’t form curds.  It looked a bit separated but there were certainly no curds.  And, when I strained it, the solids just sat there.  But they looked much the same as before when I squeezed them and the only difference, once left for the hour and a half, seemed to be that the second batch was a little paler.  I couldn’t detect much difference in flavour or texture, so it doesn’t seem to matter.  I’m pretty sure, as the milk was very fresh, that this was the reason and it’s probably better to use milk that’s a few days old. 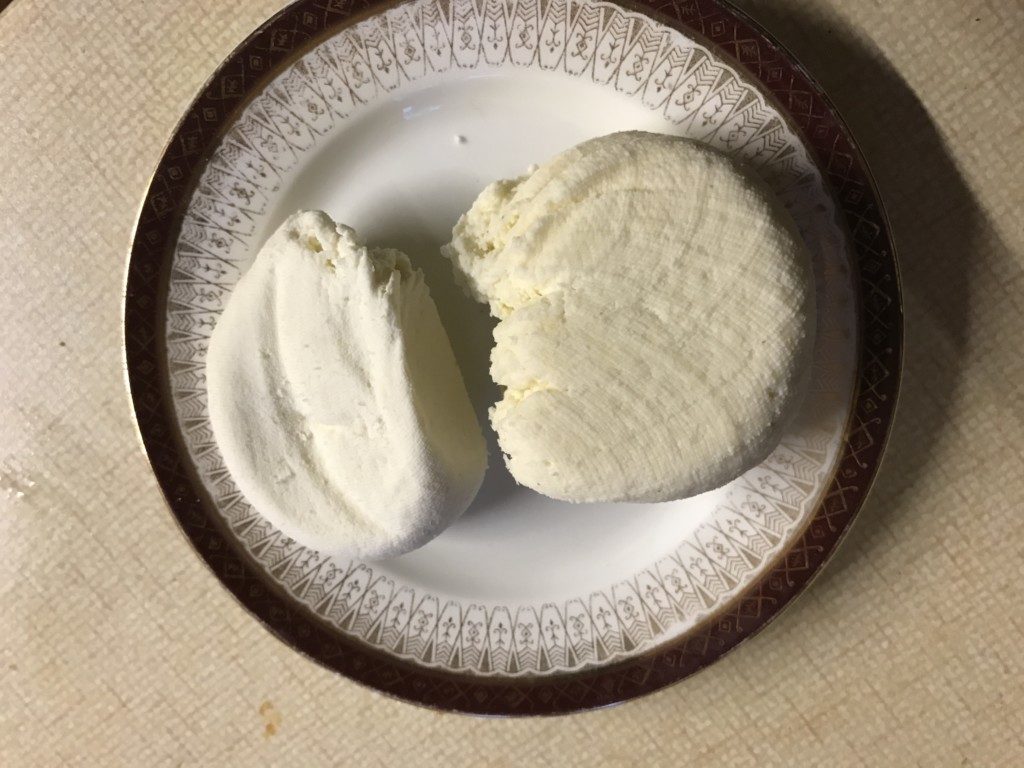 There’s just over 150 grams, which isn’t a lot for well over two pints of milk, but it should be good.  LT has just discovered that Rose’s cat Rummy has stolen the duck leg that was going to be the other dish for our dinner, so it’ll have to be another vegetable curry instead.  I’ve volunteered to cook this evening, so I’d better get cracking – he’s going to be my helping hand this evening.