“Pinkie’s out again!” announced the Sage provocatively. “I’ll have to dry my hair first,” I responded. Never accuse me of a lack of willingness, but I’m not prepared to get a cold head for the sake of a cow.

She’s loosened a stake and keeps pushing her way under the barbed wire. Scarlet has more sense and a less tough hide and stays in the field. Pinkie has no wish to escape, she just wants to eat what she can from the hedgerow. I wished I’d had my camera with me when I fed her a bunch of grapes, her curling tongue was quite something to see. After she was securely in, they obediently followed the Sage back across the field while I went home on my bike. They weren’t willing to cross the beck – they go back and forth several times each day, but they had a feeling about it this time. Indeed, we put the gate across afterwards, they won’t be allowed on that field again but will have to stay on the Ups and Downs. However, the Sage had already been to the farm for some hay and some straw and they are, right now, tucking into some of it. And here are Pictures, so that Scarlet can see her namesake (this is a brilliant name for her, by the way. It suits her and it doesn’t sound at all odd to call out “Here, Pinkie! Come on, Scarlet!).

Scarlet has a very pretty face 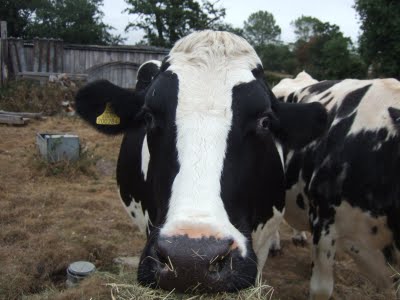 I gave Pinkie an apple, but didn’t manage to take the photo as she took it from my hand 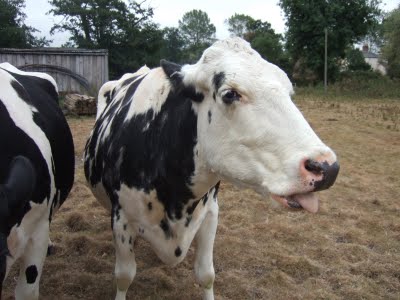 Scarlet is very appreciative of the hay 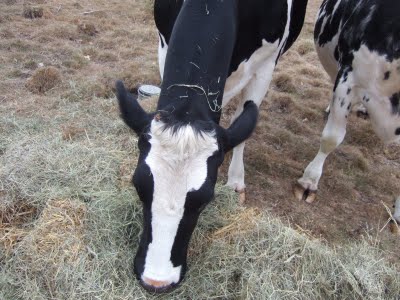 She is an exceptionally attractive cow, with a sweet nose and glossy hair. 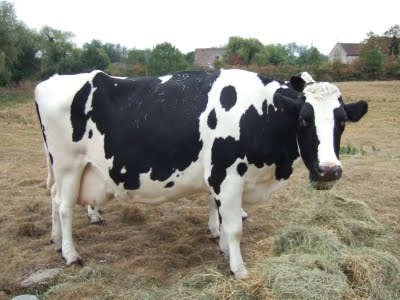 Pinkie is rather more “about time too. Took you long enough to get the hint.” She is older and heavier, with a strong character. Very friendly and good-natured, but independent of spirit. She’s past her best milking days but she is much loved and will live her life out here and on the farm. She’s in calf, due in December and so still earning her keep. 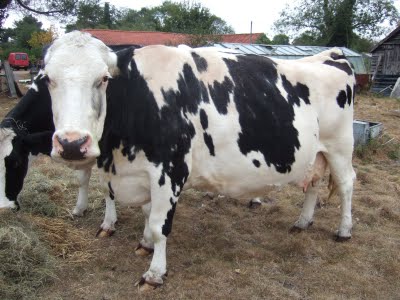