It’s been a pleasant, relaxing weekend.  Which means I don’t have much to write about, so I’ll have to resort to telling you about food.

I woke feeling quite cheery and very well rested – I’ve turned into a little Sleep Monster for the time being, it’s lovely.  I slept for a good eight hours, which makes three nights out of the last four and about six out of nine, the best for at least three years. So when I saw on Facebook that Sir Bruin and the Small Bear were drinking their first mulled wine of the season, I thought ooh.  And made some.  Just a couple of glasses of wine, with the usual fruit’n’spices, it didn’t take long to simmer into tastiness and Russell and I enjoyed it very much.  I shall do that again, very cheering.  Baked potatoes and bacon for lunch and I eyed the last of the apple in the fridge.  I felt like throwing it away, or rather giving it to the chickens, but I’d gone to the trouble of peeling and coring the damn things, so I made another pudding.  Yes, darlings, another one. Actually, I am starting to get slight indigestion, it must be all these puds.  Anyway, a swift microwave sponge (treacle) pudding with cream and apples on the side.

Having given away most of the quince jelly I made before I visited Jon in Ludlow, I was pleased that Tim had some more in the shop.  I’ve made several pots of cotignac, which is basically sweetened quince purée flavoured with orange.  It’s very good served with Greek yoghurt or crème frâiche.  Since one needs to peel and core the quinces and the latter is hard to do,it’s a good idea to save the trimmings to make jelly so that nothing is wasted.  So now I’ve another half dozen pots of jelly too and am feeling the Good Housekeeper.

The head of celery I bought on Thursday is still going strong.  I like raw celery very much, but Russell doesn’t and there’s a lot of it.  So more soup – very simple, chopped onion, celery and potato cooked in butter, equal quantities of milk and vegetable stock, seasoning, simmer for a while.  And I made cheese scones to go with it.

That’s been about it, really.  So here are some pictures to give you a further flavour of my week. 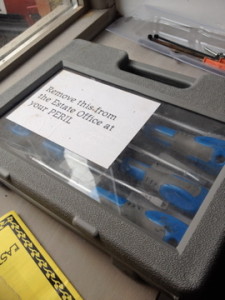 You don’t mess with y daughter 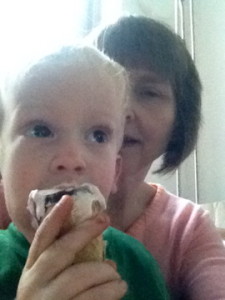 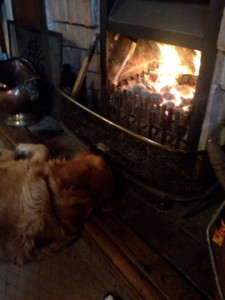 The fruit of my labours