After a sharpish frost last night, this afternoon was warm and sunny and we got quite a lot done in the garden.  More to the point, the tortoises were much more alert and started eating again – one mustn’t worry if they go a day or two without food in cold weather, but it’s a relief when they get back to normal.  Once she started, Edweena found she was very hungry and ate artichoke leaf, echinops leaf, deadnettle flowers, rose petals, a dandelion and some cucumber. She also did a massive and healthy-looking wee, with the white stuff that means her kidneys are not having a build-up of *whatever might end up causing a kidney stone* – so that’s all right. 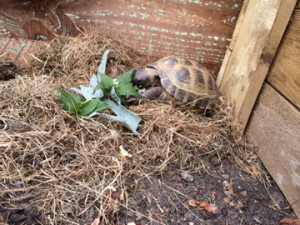 It was only half past five when we came in and settled down, but I felt the moment for a drink had arrived, fetched R some cider and myself a gin and tonic – I’d have had white wine, but I didn’t have any in the fridge.  I also fetched R a packet of crisps so that I could have a couple.  Ben rather liked the notion of crisps too and gazed hopefully. 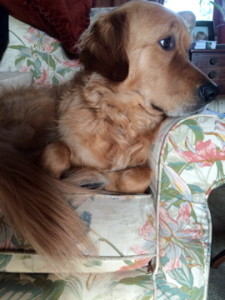 I am so sleepy, I’m having a bath and an early night. I’ll catch up on your blogs soon, darlings.

6 comments on “Z is going to bed with her iPad”