We went for lunch in a mountain village called Old Perithia.  Apparently at one time the mosquitos down by the sea carried malaria, so (I don’t suppose the people realised it was mozzies causing their illness in those days) a village was built high enough for the ‘bad’ air not to affect them.  In due course they moved back down again and many of the buildings fell into disuse.  Many have been restored and several have opened up as tavernas in recent years.  The one that Pam and Peter go to is the original and they have become friendly with the owners.  I had a delicious stifado, rabbit stewed with tiny onions in vinegar, tomatoes and spices – there was some cinnamon in there, a hint of cloves, garlic, wine and I have a feeling there were some currants or sultanas though I couldn’t distinguish them individually. 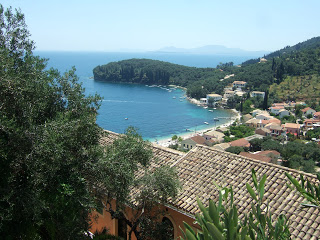 We left late after a lazy early morning so didn’t go down to the seaside town to see Gerald Durrell’s house but stopped on the hillside to take a photo.  It’s the big square one straight ahead, on the waterfront.

We stopped again for more photos – P and P are endlessly patient and very kind. 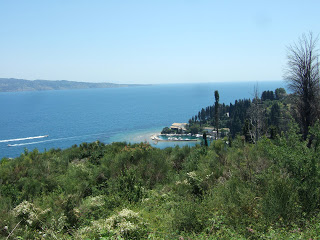 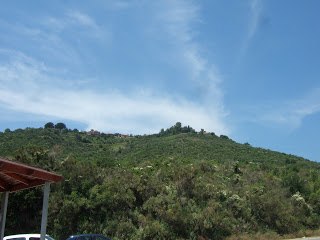 We hadn’t intended to arrive before 2 pm as there are daily motorbike excursions in the mountains and the riders stop for lunch at our chosen restaurant.  As a result of our stops (there had been more in fact, Peter wanted to buy a new phone card, Pam needed some moisturiser as well as the photo-taking) it was just 2.30 when we parked the car and that was ideal as the bikers were just leaving.  Pam went inside for a drink while Peter took me for a walk through the village. 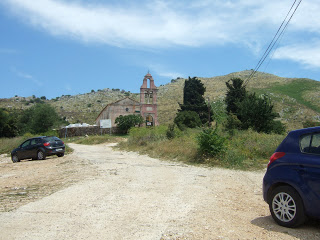 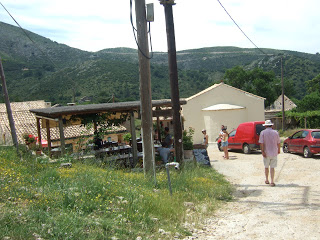 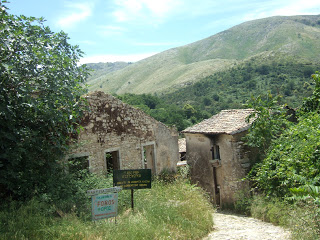 The paths were steep and the stones quite slippery so I didn’t take many pictures.  I reflected that three years ago I couldn’t have managed the walking and was again grateful for modern surgery.  Without being careless or daft (what, me?) I’m going to do all I can before the other hip gives trouble. 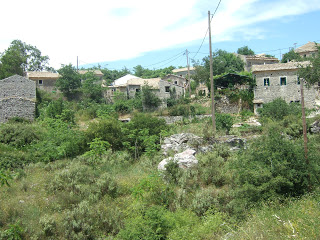 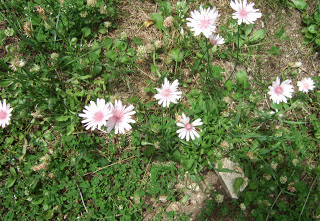 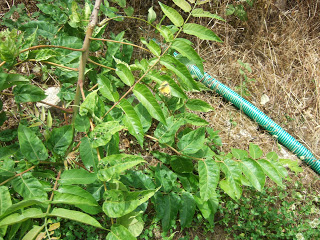 I tried so many times to get a picture of the butterflies, this is the best of a very poor bunch. 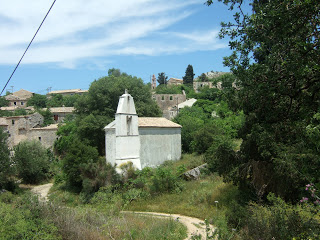 And here’s a second photo of the cat from yesterday.  I liked that picture too, Tim, and it was a friendly little cat so I thanked it by taking its photo. 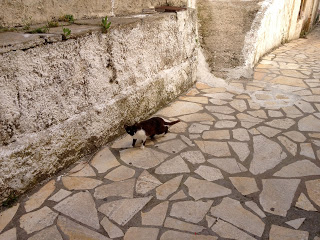