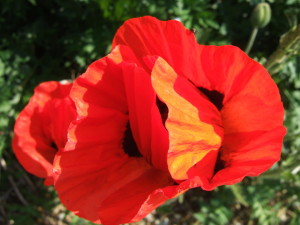 As every year, I remind myself that this little village lost 25 men in the First World War.  There are still only 400 houses, it must have almost wiped out a generation.  They are not forgotten.

I exchanged emails with Mary this morning “…and we thought we would have a quieter week!” hers ended.  Indeed, I was at school from 10.30 to 4.30 today except for a brief visit home for lunch, I’ve another meeting at 9.30 tomorrow which will take two hours, there’s a virtual meeting on the internet later.  I took minutes at this afternoon’s meeting which will have to be written up while I have some idea what they mean.  Next week was always going to be booked up, with a Finance committee on Monday, in Norwich on Tuesday morning  and a full Governors’ meeting on Thursday and now I find I’m interviewing again on Wednesday morning.  Still, beats faffing about in the garden and doing the housework any time, doesn’t it?  The day I wash the floor and hoover daily, I’ll know I’m too old to be useful to anyone else and too boring to have fun.  Though there was a time when I did that, it was when I had small children and dogs and it was a constant war against a tidal wave of mud and hair.  I have never been one to expect anyone to remove their boots at the door, mainly because the dogs tread gravel in and it’s painful on the feet.

Fridays are free, most weeks.  I love Fridays.   I hope Weeza will be about, I haven’t seen their room since they’ve furnished it, last time I saw it the floor was just down.

I’ve just had an email, addressed to all the people at the meeting this afternoon.  There had been a query whether Directors’ liability was confined to the four Members of the Board of Trustees or whether it applied to all Governors.  I said that I carry £10 with me at all times, as one of the Members and the other Governors can relax.  This was disputed – which is fair enough, it’s all quite complicated, which is the reason I have studied the Articles of Association at length – actually, I am pretty boring already and washing the floor will merely clinch an existing condition.  Anyway, The email started ‘Zoë was quite right.’  Hah.

2 comments on “When Z was right”