“Pob says that honey production may not be my forte as a beekeeper, but I’m certainly good at expanding the bee population.” “Well”, I replied, “that’s what you want, isn’t it?”

It’s true, he’s always said that he is more interested in the honey bee than the honey. He and Dilly took classes for a year before getting a hive and still go to the local bee society talks and demonstrations (showing you how to do things, rather than protesting, darlings). He became interested because of all the news about the decline in the honey bee population. Pob also says that it takes at least five years to be able to say you know anything at all about beekeeping. He started at the age of 13, but only started to expand his apiary when he retired, and now has 150 hives. Al will be quite happy with 3 for now, so will sell his surplus colonies, which will help to recoup the money he’s just laid out on several more nucs (only this afternoon, someone in Yagnub came into the shop to say there was a swarm in their garden – Al phoned Pob to get it, but he’d be quite happy to pick it up himself if he had somewhere to house it).

A swarm is not aggressive, by the way. There are a lot of bees, but they have gorged themselves on honey and are quite docile.

Today, at last, the weather has changed and was warm and sunny, as long as the sun was out. I took a lot of plants in to the shop for Al to sell and planted out more – there’s a lot to do tomorrow as well. I think I’ll get everything out except squashes, if I can – well, and except surplus aubergines and peppers, which I hope to plant against the wall. When the capping is put on it, that is. Although I suppose the ground will be extremely hard and need thorough digging – might put them in pots instead.

My back ached and I was tired out by the time I came in at half past six. The Sage had been looking after the children so hadn’t made me a cup of tea (not that I expected him to, but he often does) and I suspected I was so exhausted partly because I was thirsty. “Will you have some tea now,” enquired the Sage. “A bit late, I think I’ll go straight on to wine.” I had a big glass of water first though, being awfully good and sensible and everything. Then I poured the wine and took a sip. Honestly, I started to feel better at once. I remember that my mother, who had to stop drinking alcohol when it started to give her migraines, took a long time not to miss it. She would come in of an evening and say “I’ve had a hell of a day” and pour me a glass of wine. I had to drink for two for the rest of my teens.

That reminds me, I started preparations for my holiday today, taking the first and sensible precaution of getting used to daytime drinking again. 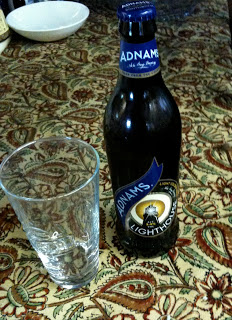 When I mentioned signing off emails yesterday, I should have started with the less thorny but equally quirky salutation at the top. So, how do you start? With the name, with Dear *name*, with Hi *name*, with Hello* name – or something else?

Ooh, and while I’m on the subject, how do you spell hello? I’ve got friends who write hallo, hello or hullo, and holloo is, if old-fashioned, not incorrect either. Come to that, I have known people, rather posher than I, who pronounce it “hillo”, however they spell it.