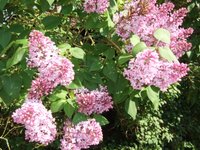 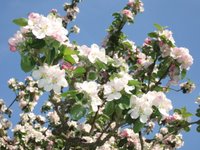 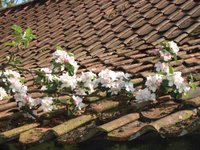 But here, not a cloud in the sky.

I’ve been hearing about the Cloud Appreciation Society recently and, having read an article in today’s paper about it, have looked up the website, http://www.cloudappreciationsociety.org/(do excuse me putting a proper link, I might get around to it later), and I look forward to a spare half hour to browse through the Clouds That Look Like Things and the Cloud of the Month. Apparently cloudspotters prefer to be called nephologists or, more informally, nimbomaniacs, both of which are just asking to be misunderstood, a fact that I’m sure is not lost on the members of the society, which does not seem to take itself too seriously. The founder, Gavin Pretor-Pinney, says that clouds are the most “egalitarian of all of nature’s works” which invites the response “Huh?” Isn’t all weather pretty egalitarian?” A view only partially refuted by ‘the rain, it raineth on the just and also on the unjust fella, but more on just than unjust for the unjust hath the just’s umbrella.’

British people love British weather. It’s always good for a grumble. There was a lot of comment, a few years ago, on the fact that Inuits or Icelanders (sorry again about the lack of research, it’s Sunday and I’ve relaxed) have a surprisingly large numbers of words for snow. We have far more than that (whatever it is) for rain. Any Brit knows exactly what is meant by drizzle, pouring, cloudburst, showery, teeming, pelting. We have figures of speech: raining cats and dogs, pissing down, bucketing down (a subtle difference between them), fine weather for ducks. Nowadays, it doesn’t rain enough, on the whole. So, when the sun has shone for more than a day or two, we can say, gloomily, “well, the farmers need the rain” or “this’ll end in a thunderstorm, mark my words.”

We love sunshine on holiday. But hot weather, when we have to work, soon makes us ratty. We long for an end to a hot spell, although we want the sun to shine at weekends. We really want rain every night and sun every day, but with a pleasantly refreshing breeze, because we call anything over 21 degrees celsius ‘unbearably hot.’ British weather can be lovely, but it is unpredictable, especially on holiday weekends. We have fewer Bank Holidays than any other country in Europe, and several of them are strangely grouped within a few weeks. Between Easter, which can be any time between late March and late April, but is usually within the middle fortnight of April, and the end of May, there are four Bank Holidays. Since this is also the time schools are trying hard to cram the last nuggets of knowledge into exam-takers heads, they really want all the time they can get, but hey, I like the Spring and enjoy those leisurely Sundays, knowing that Monday will also be a day to relax.

LATER —- And another thing, we are bilingual in temperature. Cold weather is referred to in Celsius – minus 4 last night, brrr. Hot weather is Farenheit – ‘England’s Sizzling in the Seventies!’ proclaim the hopeful headlines.

2 comments on “weather, or not”