Sorry. You try finding something that starts p-si. It made me psi heavily. Psi what I mean?

Right, that’s all the possible pronunciations I was given by google.

I wanted to tell you about Cobie and Joepie. They were – well, still are I suppose – sisters. They, with their younger brother and parents, lived in The Hague and a friend of my parents taught them English. Cobie, the older, passed her *GCSE equivalent* exams in English, German and French with the highest marks of anyone in Holland. The French and German governments sent congratulations, maybe an award. Britain did nothing. So the friend asked my parents if they would invite her to stay and show her something of English life in the summer holidays.

Johann speaks perfect English, but with a Dutch accent. Remarkably, Cobie, a girl who had never visited Britain, had virtually no accent at all. On the first day with us, someone knocked a glass over and it broke. “Whoops,” she remarked, “that’s gone for a Burton.” This was the late 1950s, it was a current slang expression then and typical of her, that she knew the language through and through.

We all got on so well that she was invited to come for a year as an au pair. I was 5 when she spent her year with us. She was tall and blonde. She adjusted effortlessly to life with us and really did become part of the family. My mother used to speak of her as “my Dutch daughter”. There were other Dutch girls working as au pairs and they all got to know each other – they went to evening classes at the local college. One of them, Petronella, eventually married a local farmer – Weeza and Al went to school with her children, although they were older.

It must have been a rather different life from hers at home. The atmosphere was very relaxed. Cobie’s father and mother had not had an easy life when she was a child during the war. It was very tough in Holland and people were sometimes close to starvation. Her father was, with Johann, an active member of the Resistance. If caught, they would have been executed. He was a man with high and exacting standards for himself and his children. We had a lavish (seen in retrospect) lifestyle, with a gardener, three cars and regular visits to London for the shops and theatre.

At the end of the next summer, her sister Joepie came in her place. She was not so tall, with brown hair and a pretty face with a pointed chin; Cobie had a rounded chin. Her English was also fluent but more accented. She was delightful too and, shy as I was, I was as relaxed with them both as with any member of my own family. My parents went on holiday without me and Wink and we went to stay with Cobie and Joepie’s family – I remember their shower, which was downstairs and a small concrete room. Although the water was not cold, I stood and shivered while I was soaped. I also remember being dressed up as a pirate and having my picture taken swigging from an empty rum bottle, walking along the pavements skipping over the lines, going to the zoo once, and falling against the french window, which broke. Scared, I ran from the room and into Cobie’s arms to be comforted. I wasn’t scolded by her parents though, it was an accident. Oh, and I remember coming into the room and finding Cobie wearing a white dress decorated with strawberries, a new one. “I like that,” I said. “Do you? I don’t, I think I’ll send it back,” she remarked. I was embarrassed, I so rarely expressed any opinion and it seemed I had the wrong one!

That’s the extent of my memories of three weeks’ stay.

Every year, we used to receive St Nicholas Day presents from them, in a big box. It was terribly exciting. I particularly loved the chocolate, in the shape of letters of the alphabet or wrapped to look like miniature Delft tiles. Then there was the gingerbread in the shape of Santa Claus (you see, I’ll say it in context). It was spicy and delicious and my benchmark of the tastiest gingerbread.

Afterwards, we had a third au pair girl. My mother told me she was a Finnish girl. I took this to mean that she was the last, as we were getting too old for them, and asked what country she was from. Her name was Malle. She used to bring gifts of smoked reindeer meat, which was delicious. She gave me a pair of reindeer fur slippers with pointed toes for Christmas. I had to be careful running across our polished floors.

She was a finish girl in fact, as we didn’t have another au pair. I suppose I was eight or so and my sister was entering her teens and we didn’t need one any more.

By the way – it seems to be the thing at present for bloggers to look up their address on Google Images. I was quite surprised, since we’re 100 yards or more from the road and there are two hedges in the way, one by the roadside, to find it. I was amused and more surprised to find it described as an “old manor house.” It isn’t. 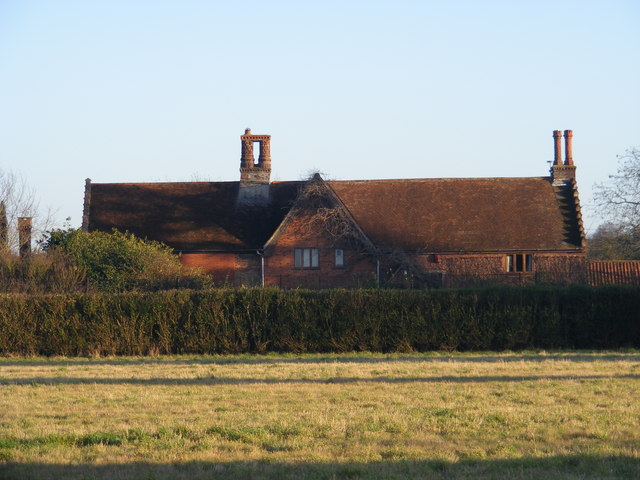 They must have come on to our front field (not the cows’ field, this is the one that Dave is eyeing up for a cricket pitch) as there’s no possibility of getting this clear a shot through the hedge.

14 comments on “Psi d the point, but Z has been remembering again.”