Like many of you, I’ve been receiving a lot of spam in the past few weeks.  It doesn’t get published but, if you’ve subscribed to comments, it’s turning up in your inboxes as well as in mine.  I’ve changed the settings so that any comments on posts over two days old go to moderation and (though it doesn’t lessen the notification emails to me) I hope that it means you don’t receive them.  If it’s just too annoying, I’ll have to turn on word verification again but that’s so hard to read that I’d rather put up with the spam for now.

Today it’s the Sage’s birthday, so the family came to lunch, plus Phil’s parents who are staying with him and Weeza for the weekend.  Phil himself had visited friends overnight, so didn’t turn up until 2 o’clock, having cycled 17 miles from Diss station (later he cycled 25 miles home again) and I reheated his meal for him.  I had to work fast this morning, not having got up early though having woken before 7 as I was too tired, and spent a swift 2 1/2 hours cleaning downstairs (I didn’t expect the Sage to have done any housework), preparing the meal, laying the table and so on.  There’s always a job that can be left if push comes to shove, this time it was washing the kitchen floor (though it did need doing, I suspect the Sage spent the week spilling drinks and not mopping them up as it was quite sticky) and I did do it and used the water to wash the porch floor too – and I still made it to church on time.  We had a lovely time, I do enjoy feeding lots of people and love the preparation.

Some more photos darling, if you will indulge me.  We drove down to the south of the island and up to a little village for a drink.  Lemonade, since you ask.  The lady in the café, who knows Pam and Peter, brought cake too as well as a 2 litre bottle of her red wine, which Peter and I drank over the next few days and was very good.  I went for a quick walk around the village afterwards, which was delightful, and took pictures of the swallows’ nests and the houses as well as the views.  Just before reaching the village, Peter had stopped for a ‘photo opportunity’ and you could see the sea both west and eastwards. 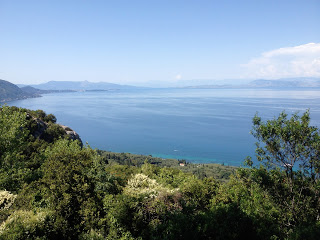 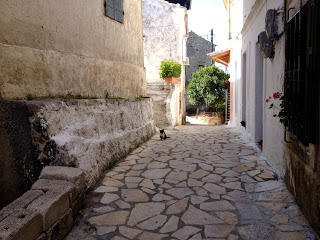 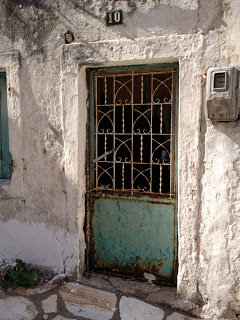 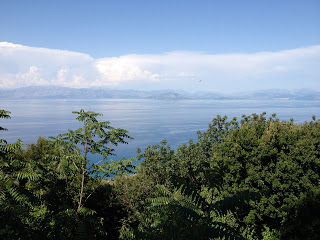 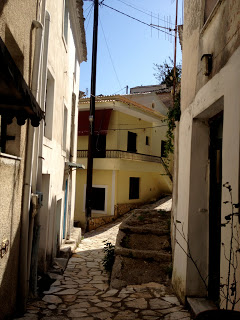 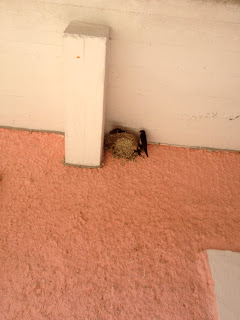 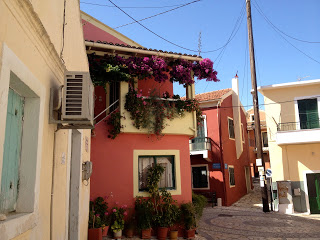 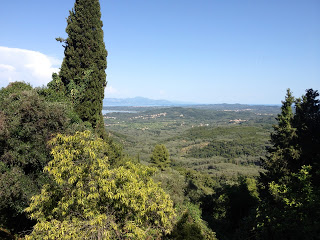