It was dry but cloudy first thing, but Dave emailed about half past eight to say that there were spots of rain over his way.  We looked out, and the clouds coming this way were from his direction, so it was agreed to put off bricklaying for the day.  It was just as well, it rained heavily, on and off, although it was sunny for part of the day.

I had a headache all day, which I assumed was caused by the oppressive weather, but it got much worse in the afternoon and an hour’s sleep didn’t help.  I felt really ill for a while and the pain made me feel sick – in the end I was, which helped and another sleep put me right.  I’ve got a lot to do for my meeting in Bury tomorrow though, so I should be doing that rather than this.

Yesterday, Dave and I agreed that it’s now necessary to start on the ornamental bricks.  The pillars can’t be built up any more without knowing how far along the first one will be and we’ve only a couple more courses on one side of the central pillar, which one of us can do in a session.  We were, as I mentioned yesterday, looking ahead to see if we are likely to finish this summer – we would both like to, for several reasons,  but it doesn’t really matter.  As I pointed out, extending the job will give the Sage and me the pleasure of Dave’s company for longer (it’s not that we can’t see each other for sociable purposes, but we’re not likely to so often).  “You could finish the job yourselves, of course,” he said.  He explained with some care and waving of hands the knack he has worked out for putting the large bricks in – they are heavy and getting the level right isn’t easy because the mortar tends to be squeezed out by their weight before it sets, so he now puts in small sections of brick to support each brick.  He explained with such care and detail that he started to sound a note of valediction.  “Either you think your health is going to recover sufficiently to go to work again, or else you reckon the job will take so long that you’ll die before we get them all in,” I suggested.  If Dave doesn’t make it to the end of this project, a memorial will have to be incorporated into the wall.  On the East side, of course.

During the morning, I had another ‘market research’ call.  I said quite snappily that I was being repeatedly bothered by these calls and I was working and the man apologised.  Today, there was another.  The Sage picked up the phone this time.  “How did you get our number?” he said sternly.  He was told we won a telephone competition and pointed out that we hadn’t entered one.  He, being polite, was ready to extend the conversation so I held out my hand for the phone and said that they were not welcome, please will our number be deleted from their list.  The man said it would.  It wasn’t a foreign call in this case, the Sage dialled 1471 to find out the number where the call came from, and was surprised to find it wasn’t withheld – it was 08887052280. 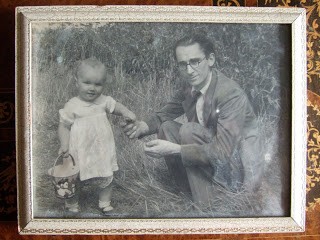