The forecast rain did not happen and we made an early start. Both Dave and the Sage had, independently, decided that the ornamental brick’s setting wasn’t quite right, so they redid the top part and have more adjustments in mind for next time. 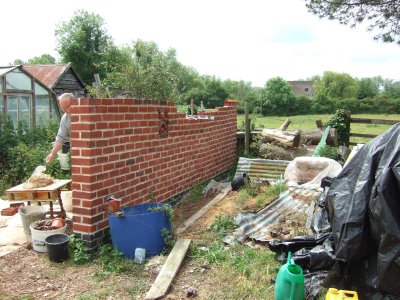 This was, except for the addition of one more brick, how it was left after this morning’s work. The darker bricks have been on the ground and are more weathered; they’ll all go like that in a year or so.

I was only able to work until 11 o’clock because I was expecting visitors.

We chalked on the paths, rode bicycles and watched the workers, and then decided to trim the hedge by the drive. 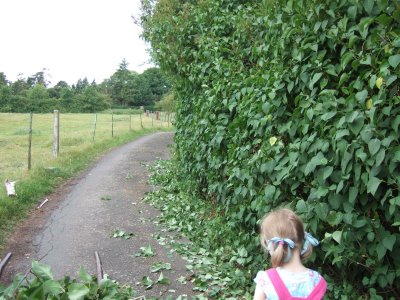 We also inspected the globe artichokes, the first of which are almost ready to eat. 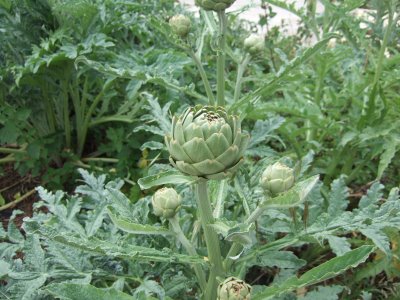 After lunch and when Dave had left, Pugsley asked to use the rest of the mortar, which he calls “mint” for some unfathomable reason. Pugsley 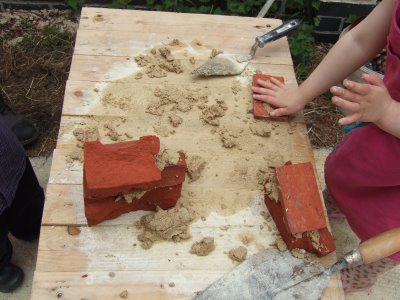 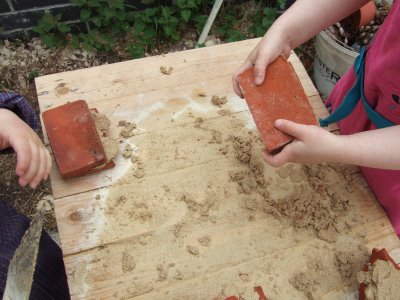 while the Sage laid one final brick.

This is all part of the plan. I mean to put the whole family to bricklaying before long.